The Power Apps Component Framework has recently become popular for a variety of reasons. It has mostly superseded traditional HTML web resources in development processes throughout the world, which is why this article is so important. We’ll go over practically everything you need to know about the Power apps component framework, commonly known as PCF and PCF control dynamics 365, and why it’s important to use in development. We’ll also go over PCF license requirements as well as its advantages.

What is the PCF?

Let’s say you’re curious about the Power Apps Component Framework. While working on model-driven and canvas apps, developers can construct code components. A developer, for example, wishes to enhance the app’s features and functionality. In that situation, he can use the system customizer or an app creator to create widgets and configure them with the app. With PCF, you can make a variety of objects seem visually appealing and elegant while also providing greater functionality.

It was first known as Custom Control Framework, then renamed Power Apps Control Framework, and eventually Power Apps Component Framework. Before making it public, Microsoft utilized this framework internally for a while and built components like editable grids and others. The key advantage of this fantastic framework is that it enables developers to create reusable components by utilizing libraries and other capabilities.  Apart from that, developers may create components using various Microsoft tools and functions, such as component creation, built-in variation, code editing, debugging, and so on.

What is the purpose of PCF?

The primary purpose for utilizing the Power Apps Component Framework is to overcome all of the constraints associated with HTML online resources. HTML online resources, as we all know, were not flexible or portable. HTML web resources, for example, did not allow developers to bundle components with multiple parameters. With PCF, this is not the case. With PCF, it’s simple to abstract a component and utilize it as a reusable component.

Let’s look at an example from actual life. For example, suppose you want to add a feature to an entity record that displays a weather prediction for several zip codes. You must retain forecast information in a configuration object when utilizing HTML web resources. You’ll also need to add another line of code for it. You must additionally use the window. parent method to obtain the Xrm context in order to read the zip code. With PCF, things are a lot easier. PCF allows developers to access the forecast API information and zip code data from the framework’s context object via the control configuration form.

-Access to a comprehensive collection of framework APIs, including component lifecycle management, contextual data, and metadata.

You can now construct your own code components to improve the user experience in Model-driven and canvas apps with the introduction of the Power Apps component framework. Despite the fact that you may make your own components, there are several limits that prevent developers from adding certain functionalities in code components. The following are some of the drawbacks:

See the Angular flip component example for an example of how the Power Apps command line interface may help you bundle your external library material into a component-specific bundle.

Who can benefit from PCF?

According to Microsoft, there are two sorts of developers: citizen developers and professional developers. Citizen developers are no longer serious programmers with extensive coding and web development skills. They might be developing web applications using low-code technologies like canvas apps.

Professional developers, on the other hand, handle the majority of the development work. They know how to program in a variety of languages and can also design reusable components. PCF is for web developers who are familiar with HTML web resources and have a good understanding of the web development life cycle and components like Type Script, NPM, and others.

Read More: Role of HTML and CSS in Web Development

What is the difference between HTML web resources and Code Components?

You may wonder why we need HTML web resources when we already have code components. They are critical in the development of bespoke apps. If you wish to add a custom feature or functionality to a dashboard, for example, you’ll require iFrames or charts, which are HTML web resources.

The XRM context is not easily available to code in HTML web pages. The PCF context, on the other hand, is quite approachable and provides complete framework capabilities.

Control loads once all out-of-the-box control loads in HTML web resources. PCF, on the other hand, loads all controls at the same time.

When employing HTML web resources, developers may not get a consistent experience. The PCF application, on the other hand, provides a superior and seamless experience with responsive design and control intelligence.

Deploying HTML web resources is a time-consuming and difficult task since you must handle various dependencies and files. You just have to handle one deployment file with PCF, which makes the process easier and faster.

To choose a licensing system, you must first comprehend how a code component interacts with an external service. There are two types of licenses available:

-You’ll require an Office 365 subscription if a code component within the app doesn’t connect to the external service.

What are the advantages of PowerApps?

-There are two types of programming languages: low-code and no-code.

-Integrations with Microsoft and other third-party services.

-The cost of owning an app is low.

In conclusion, professional developers and app creators may use the Power Apps component framework to construct code components for model-driven and canvas apps. These code components can help users dealing with data on forms, views, dashboards, and canvas app displays have a better experience. I hope you now have a decent understanding of what PowerApps Component Framework is. The innovative framework will undoubtedly dominate the domain by providing developers with greater benefits in producing high-quality, unique apps. If you want PCF-based development, you’ll need to employ a business that specializes in PCF development. 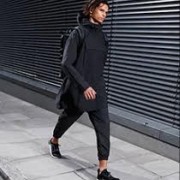 What Should You Know About Big Data Hadoop?

Why Data Science Is Becoming A Necessity?

How to improve your blog ranking without spending on hardcore SEO?