Haridwar is a sacred city on the banks of the Ganga and has declared itself a pilgrimage refuge. People from all walks of life come to Haridwar to find spirituality and a sense of connection to God and the Universe. This can be difficult to find amid the rush and bustle of our growing big areas. There are many ashrams in Haridwar that assist pilgrims in finding the peace of mind and spirituality that they seek in the ashrams of Haridwar. You can visit Haridwar by just booking the Haridwar Tour Package from Ahmedabad offered by Lock Your Trip. The ashrams in Haridwar are not to be missed since they embody the city’s fundamental spirit, a peacefulness that will let you let go of all your problems.

Haridwar is a masterpiece of historic charm that draws millions of interested travellers and devotees worldwide. Guests in Haridwar choose to stay in ashrams over fancy hotels or resorts because they embody the city’s true spirit, which is tranquil and aids them in letting go of all their responsibilities. If you are planning a spiritual pilgrimage to this holy city in Uttarakhand, India, here is a list of the top ashrams in Haridwar where you may stay and find tranquilly in the lap of nature.

Prem Nagar Ashram in Haridwar provides its guests with a peaceful stay. The ashram has a large complex of 800 rooms surrounded by lush greenery and water fountains. It also features a large Satsang auditorium featuring quotations from all of India’s renowned saints and spiritual individuals. Overall, it is a manifestation of peace that provides a spiritual environment for its visitors to join in the transcendental sacrifice. Prem Nagar is one of Haridwar’s oldest ashrams, having been constructed in 1943 by Yogiraj Satgurudev Shri Hans Ji Maharaj and then developed by Jagat Janani Shri Mata Ji and Shri Satpal Ji Maharaj.

The Parmarth Ashram in Haridwar welcomes visitors with a quiet and peaceful atmosphere where they may forget their troubles and find fulfilment in the love of God. The Parmarth Ashram, which overlooks the sacred Ganges River, is an ideal location for yoga and meditation. There is a ghat, a library, a charitable hospital, a Satsang hall, and a gaushala on the premises. Its free stay offer for student travellers makes it one of the greatest ashrams in Haridwar. The Parmarth Ashram is also close to the top destinations to visit in Haridwar, such as Har Ki Pauri, Mansa Devi Temple, Bharat Mata Temple, and Shantikunj, among others. This allows its visitors to explore other elements of the city and have a wonderful experience.

Vasudev Ashram, a part of the Shri Vasudev Ashram Trust Samity. It is one of the greatest ashrams in Haridwar, located near Har Ki Pauri. The ashram has a large complex surrounded by lush greenery, as well as a Sheesh Mahal temple. It has been the preferred retreat of saints, pilgrims, and notably tourists seeking tranquilly or eager to embrace a communal life of spiritual study and meditation. Shri 108 Swami Vasudev Ji Maharaj created the Ashram, which Janani Bharmkaleen Srwanand Ji Maharaj later developed and managed.

This Ashram in Haridwar is well-known for its serene and pleasant ambience. Gujarati worshippers prefer it. Despite its remoteness from the city centre, the ashram is close to Har Ki Pauri, Bharat Mata Temple, and other popular religious sites. Bhagwan Odhavram constructed the This Ashram to serve as a second home for all Kutchis visiting Haridwar. Here, they may live in the style of their original area and speak their language.

The Shri Jairam Ashram in Haridwar is among the greatest places to stay for free. Aside from being close to Har Ki Pauri, the ashram is well-known for its diorama display, a giant white monument depicting the full Samudra Manthan incident, and other brilliant white statues of Hindu gods.  Shri Jairam Ashram was founded in 1891 by Adi Guru Sri Jai Ram Maharaj. It is one of the city’s oldest ashrams. It has 512 brightly lighted rooms, and contemporary conveniences, and is bordered by gardens with water fountains. On the premises, there is also a homoeopathic dispensary, a charity hospital, and a gaushala.

Pawan Dham Ashram is a tranquil area in Haridwar away from the hustle and bustle of the city. It is primarily a non-profit organisation dedicated to the care of saints, cows, and other needy members of society. Its Haridwar ashram provides free lodging and food, as well as various recreational opportunities for both saints and visitors. Pawan Dham is well-known for its ancient temple, which boasts beautiful glass and mirror work architecture. It also has ornate idols of many Hindu gods. The temple is one of the city’s most well-known Hindu pilgrimage sites. It is one of the best ashrams in Haridwar.

With its quiet and spiritual atmosphere that promotes yoga and meditation, this vast ashram in Haridwar draws saints, pilgrims, and visitors. Furthermore, the ashram functions as a Global Centre for Yug Nirman Yojana, a Movement for the Reconstruction of the Era that believes, “Divinity in mankind is the fundamental purpose of existence.” Shantikunj Ashram was established in 1971 as the head office of the spiritual and social organisation named All World Gayatri Pariwar. The Ashram property has many temples as well as a yoga shala.

Saptrishi Ashram is one of Haridwar’s oldest and most beautiful ashrams. It is located on the banks of the Ganges and offering a peaceful environment for devotees and guests. According to mythology, the ashram is where the Saptarishis’ “Seven Great Sages,” Kashyapa, Vashisht, Atri, Vishwamitra, Jamadagi, Bharadwaja, and Gautam, opted to meditate. The rushing sound of the gushing river, which they had imprisoned in rage, broke their focus. As a result, the river splits into seven streams to produce less noise at the Saptsarovar point.

Because of its location, cost, and facilities, Shri Chetan Jyoti Ashram is a popular choice among devotees and travellers. It is a popular transit place for those attending the Kumbh Mela. You can touring the city’s attractions, such as Har Ki Pauri, Mansa Devi Temple, and Bharat Mata Temple. The goal of providing low-cost meals and accommodation is to inspire people to serve others selflessly. The ashram has a well-organized compound and a temple, as well as beautiful green surroundings, making it ideal for spiritual and physical activities.

The Ma Anandamayee Ashram, a religious centre, honours Sri Ma Anandamayi, a well-known Bengali mystic and spiritual icon. This Haridwar ashram was established as a samadhi for her and now holds her remains in its Sanctorum. Ma Anandamayee Ashram is located on the banks of the Ganges. It is a place of devotion and conviction in the purity of the spiritual world. It provides a tranquil and peaceful environment for devotees and guests to practise yoga, meditate, and participate in various leisure activities provided by the ashram committee. 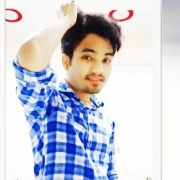 Suraj Rana is a travel enthusiast who loves to visit the most popular as well as offbeat places in the world. He loves to share his travel experiences with fellow travelers.

All-Inclusive Vacations The Most Affordable Way To Enjoy Your Holiday

6 Simple Ways On How To Organize Finances